In August 2016, VR Dimension published an article. At the beginning of last year, I wrote an article called "The biggest challenge of virtual reality: don't become the next generation of 3D TV." The author of this article, Kalev Leetaru, has more than 10 years of experience in the VR field. He felt that the VR situation and the hype and failure of 3D TV have many similarities.

This article quickly attracted a lot of negative responses. Numerous VR experts and fans dismissed Kalev Leetaru's views and thought he was measuring new developments with old experience. They claim that "everyone who knows" likes VR and confidently announces that by the end of 2016, there will be a VR system in the living room of every American home.

The facts after half a year prove that Kalev Leetaru's predictions are still correct - VR needs to work hard to gain public acceptance. And at this year's CES conference, VR has not been so high-profile, the situation is indeed like the previous 3D TV. So why are these experts so wrong? Kalev Leetaru wrote a new article and answered the question: Why is 2016 not the first year of VR? The following is an article organized by VR Dimension:

Many experts do not see the limitations of VR, in part because technologists as a whole often live in their own circles, and some of the ideas are repeated in circles like echoes. They often forget to walk out of this circle and see how real people in the real world use technology. 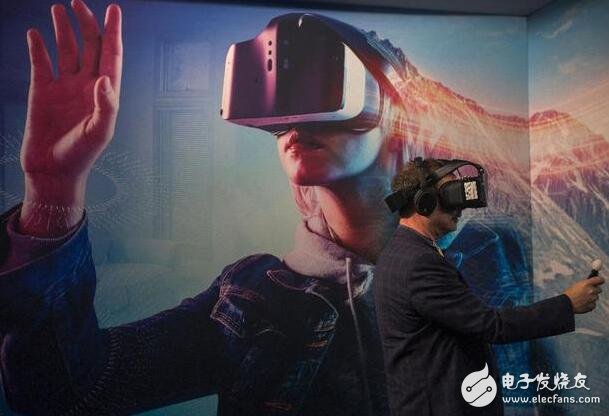 Jobs can develop breakthrough products like iPod and iPhone, as if it has a mysterious ability, but this ability does not come from concentrating on the latest and highest technology development, but from understanding how the public is in daily life. Used in technology.

Only a handful of technology experts or writers have traditionally used VR technology as part of their work or daily life. Wearing the latest helmet prototype on your head for 15 minutes will not reveal the various physiological stresses you will have to withstand.

If you spend 20 hours a day, spend a week "live" in a room's VR system in order to debug a complex code, or use the VR system for more than an hour a day for several months (I am This way, if you have experienced both as a VR user and as a VR developer, you will have a deep and unique understanding of this technology.

Why is 2016 not a "virtual reality year", and not every family has a VR helmet at the end of the year? Many people believe that cost is the main obstacle to VR epidemic. Both the VR helmet itself and the computer need to be configured powerful enough, so the cost is much higher than the average home console. It makes sense to say this, the price of VR really needs to be further reduced, otherwise it will not be adopted by the mainstream public.

Another problem is that VR content is still quite rare. In contrast, although the content of 4K TV is relatively small, if you buy a brand new 4K TV, it can still play traditional HD and SD content, which means you can make full use of your investment while waiting More content appears. On the other hand, if you want to watch a two-and-a-half-hour Hollywood blockbuster with your family, the VR helmet will not help you. In short, there is not enough good content, VR helmet is not very useful, but even without 4K movies, 4K TV is still very useful.

But in addition to cost and content, the biggest challenge for VR to be adopted by the mainstream public is its pressure on the user's body and mind, such as some people will feel sick and vomiting. Although I have spent an hour on VR every day for 10 years, display technology and interactive technology have made great progress, but this technology still has a long way to go.

The human visual system is extremely complex, even if it is impeccable visual effects, it may make you feel sick and vomiting, because the signals you receive are in conflict: you see a virtual roller coaster in your eyes, but the inner ear receives The information is completely still. In addition, for some people, wearing a VR helmet, the entire body (including arms, legs and torso) is replaced by virtual counterparts, which may trigger a feeling of uneasiness, even a sense of panic.

The various decisions made by VR content creators, from excessive stereo depth to the type of motion control, and the speed and form of that movement, all of which combine to make the user spend a little time in the VR environment. I feel very uncomfortable when I grow up.

Putting these factors together, I am not saying that VR will never become mainstream, or that the problems it faces are insurmountable. It is said that in 2016, VR is in the process of natural evolution. We have been studying VR for decades, and although it has progressed, the basic experience has remained the same.

The real question is whether the helmet-based VR will be its future, or whether VR will not improve, unless there is a new display technology - such as the "Holodeck" experience of Star Trek. A lot of things have yet to be seen, but what I want to say here is that to truly understand a new technology, experts should not be self-proclaimed in their own small circles, but should go to a wider world and see how ordinary people are. Interact with it. (Kathy / Compilation)