Five years ago, the boundaries of the network were clearly defined and quite narrow. The types of devices connected to the Internet were mainly personal computers, laptops or desktops, or terminal platforms. Today, the boundaries of the network have become more in-depth and diverse, and with the increasing variety and variety of interconnected "things" that are widely and rapidly expanding, they are often referred to as the Internet of Things (IoT).

Today, the "cloud" is often used to describe a diverse set of hardware consisting of border routers, switches, application delivery controllers, and servers, and hosts server-based applications, databases, and services in the data center. In a similar way, "the fog" is now used to describe the boundaries of the Internet domain, and all new "things" of the Internet of Things (IoT) exist.

In this regard, Freescale experts appeared, analyzing the Internet of Things design from the "fog" layer to the "cloud" layer. ã€ Read the original ã€‘

So, what are the key design factors for the IoT gateway?

Depending on the type of Internet of Things (IoT) device, the "fog" layer connectivity to support M2M network connectivity can be presented as a wireless physical layer such as ZigBee, Sub-gigaHertz, Z-Wave, Bluetooth low energy, low power consumption Wi-Fi or near field communication.

To accommodate the various connectivity solutions used in "fog" layer devices, the Internet of Things (IoT) gateway must provide a suitable type of connection port to support the modems needed to connect the "fog" layer devices. [ more details ]

In addition to the various physical layer connectivity used to support "fog" layer devices, Internet of Things (IoT) gateways must be able to support the protocols used by each type of Internet of Things (IoT) device. These protocols include Home AutomaTIon, Smart Energy, 802.11n, 6LoPAN and a variety of other protocols. Each type of protocol requires a certain amount of processing workload to manage the protocol stack associated with each protocol. [ more details ]

For data security, in addition to the encryption function, it is also necessary to prevent the introduction of malware to reduce data security, or to prevent the collection of unauthorized data before encrypting the data. This behavior is increasingly regulated and monitored by regulations, and is increasingly expanding with encryption standards and protocol specifications.

As a result, it is inevitable that this requires communication processors used in M2M or the Internet of Things to be able to perform cryptographic operations such as hashing algorithms, signatures and encrypted data, and secure key storage units to meet regulatory requirements. [ more details ]

Lock in August's "Wireless Communications Special Issue" to effectively overcome the problem of efficient and low-cost design, fish and bear's paw to let you both! 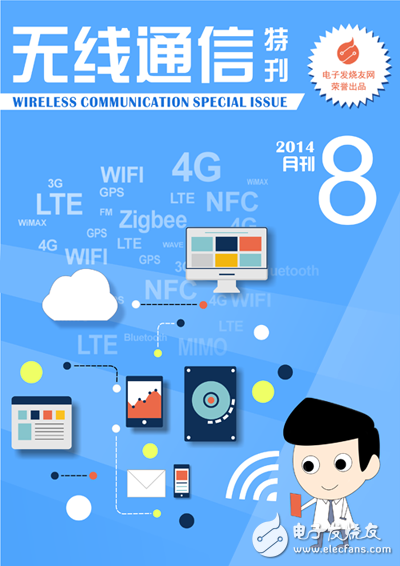