[Text / Gaogong LED Yue Mengdi] "When you read your WeChat, you know that TW has such a big trouble. Fortunately, we didn't cooperate with them before they cleared the money." In an LED company in Shiyan, Shenzhen, The general manager of the company told the author that the author was happy for a while.

It is said that the power of fans is endless. The series of articles launched by Gaogong LED on WeChat have been well received by the industry, such as the extremely small "small person series", such as the release of timely listed company trends, such as the in-depth report of the paperback, The simple and easy-to-understand graphic and high-tech LED public number fans will pass them on forty. "Your (TW company) article has been spread throughout the Pearl River Delta and the Yangtze River Delta." A fan told the author on WeChat on the second day of the press release, and made the author proud. 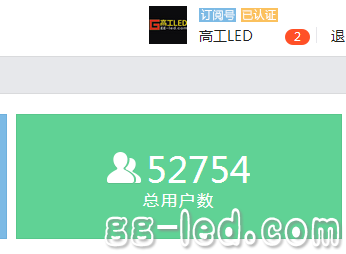 For high-tech LEDs, the number of fans does not mean anything. If you do well, someone must look at it. This is the truth. Gaogong LED pursues to provide more and more practical services and help for the industry. For example, in the next few months, the preparations for the 2015 Gaogong LED Annual Meeting and the selection of the Golden Globe Awards during the same period are the highlights of this year's high-tech and industry.

The annual meeting and the Golden Globe Awards are both annual events in the industry. The exciting, tear-throated and even slightly "dog blood" annual meeting is still vivid. This year, the LED industry experienced a sturdy transition at the beginning of the year and a smooth transition in the middle of the year. It is about to reach a deep conclusion at the end of the year. The industry investment tide, mergers and acquisitions, and exit tides are still on the rise, and even there is a growing trend. The chairman of Gaogong LED has repeatedly said that The LED Golden Age is only three years old. If this is the case, the remaining 2/3 of everyone can still play, can not play flowers, but also have to follow the LED field in the field.

The Golden Globe Awards are designed to select the best and latest products and technologies in the industry. Because of its openness, fairness and fairness, it has become the most open and authoritative chief selection activity in the industry. The author also saw the â€œ2015â€ at the front desk of a company. The high-tech LED Golden Globe Awards voting guidelines, this degree of emphasis really makes the author's heart. Wechat voting will last until October 26, before that companies can fully leverage the power of fans to actively canvass. The author also sincerely hopes that every family can get what they want.

There is no lack of experience sharing, no shortage of subdivisions, no shortage of industry prospects, and thoughts will have inspiration. Don't be obsessed with the number of WeChat fans in the LED industry, and look forward to the high-end LED annual meeting and the Golden Globe Awards at the end of the year.

ï¬ Â·What do we have to do during the inflection period?

ï¬ Â· Is there a blue ocean in the LED application market?

ï¬ Â· When is the price war a big one? The company's coping strategy

ï¬ Â· The cost reduction space of the three major components of the LED core;

We sincerely invite customers all over the world visit us for cooperation.