Skip to content
October 24, 2021
Technology has changed the world, and robots have become the key to changing the world. It is expected that the Chinese robot market will reach 600 billion yuan in the next decade. In the context of policy, capital, enterprise and other aspects of participation, China's robot development is expected to enter the fast lane.

Robots are becoming an integral part of the social division of labor. With the structural shortage of labor and the increasing labor costs, the role of robots is becoming more and more important. However, compared with developed countries such as Japan and Germany, China's robot industry still has huge room for development, in terms of policies, capital, and enterprises. In the context of multi-faceted participation, China's robot development is expected to enter the fast lane. 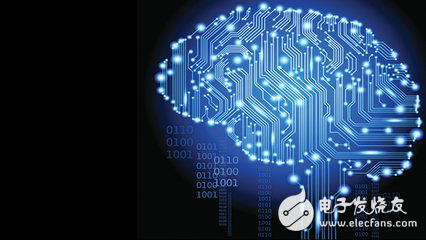 <br> <br> industry leading technology is changing the world, changing the world of robots become critical keys. The speed of development of the robot market is first highlighted in the industrial field. According to statistics, in 2015, the output value of domestically produced robots reached 1.64 billion yuan, and the growth rate of output value reached 55%. In 2015, the sales volume of industrial robots in China was 75,000 units, accounting for more than 1/4 of global sales, up 23.7% year-on-year. According to the plan of "Made in China 2025", the sales targets of industrial robots in 2020, 2025 and 2030 are 150,000 units, 260,000 units and 400,000 units respectively. It is estimated that the Chinese robot market will reach 600 billion yuan in the next decade.

From the point of view of output value, industrial robots occupy an absolute dominant position. However, China is not a strong country in industrial robot technology. At present, the field is dominated by Europe and Japan, especially the Swiss abb, the German KUKA, the Japanese FANUC and Yaskawa Electric, and the four major families of industrial robots. They are also important in the Asian market, and they occupy more than 70% of the Chinese robot industry's market share.

Lu Yuepin, deputy director of the Robot Industry Research Office of the CCID Research Institute, believes that the structural shortage of labor and the sharp rise in labor costs mark the end of China's demographic dividend era. However, the demand for industrial transformation and upgrading is huge, so industrial robots are highly respected in China.

<br> <br> service has great potential in addition to the current dominant industrial robots, service robots is considered to be the class of the field grow bigger but also more difficult to break. The service robot demand area can be roughly divided into C-end and B-end. The C-side is currently accompanied by personal emotional companionship, disability assistance, homework, and education. It takes time to develop. The B end is more of an actual demand, such as hotels, hospitals and security services.

Lu Yuepin believes that at this stage, service robots are not supported by high-end technology. Especially in the case of C-end products, it is difficult to see products that meet market demands, mostly due to lack of technology. An expert who did not want to be named said that many localities have successively introduced preferential policies to encourage the development of the robot industry. This has led to the influx of private capital into the service robot industry. In just two years, hundreds of companies have grown, or have formed. New industry bubble.

However, Wang Xiangyi, vice president of Turing Robotics, believes that the service robot market is very promising. Wang Xiangyi said that at present, Esau robots, entertainment robots and medical care robots have already had a certain impact in the market.

Another robot brand staff agrees with this view. She believes that artificial intelligence technology and deep learning have become a strong demand of society. Service robots are gradually beginning to have the function of interacting with human beings, which will inevitably lead to life companion services. Robot fire.

Dividend policy continues to <br> <br> robotics industry rapid development is inseparable from the policy convoy. Liu Yandong, member of the Political Bureau of the CPC Central Committee and vice premier of the State Council, pointed out that the current world of science and technology is changing with each passing day. The development of robotics plays an important role in supporting intelligent manufacturing, improving production efficiency and enhancing people's well-being, and has opened a new era of human economic and social development. Liu Yandong advocated that countries should dig deeper into the potential of scientific and technological innovation, increase research and development in key areas of robotics, accelerate scientific and technological innovation and transformation of results, promote the healthy development of the robot industry, promote cross-integration and collaborative innovation in various fields, improve policy measures, and innovate application models. Expanding the service field and stimulating new economic growth points; strengthening the cultivation of innovative talents, improving the collaborative education mechanism and incentive evaluation mechanism combining production, education and research, allowing innovative talents to compete; deepening international exchanges and cooperation, jointly formulating international standards for robots, and strengthening patents Application and intellectual property protection, and strive to form a robot development pattern that is inclusive, resource-sharing, and complementary.