At present, the heat dissipation design of the LED package substrate is roughly divided into two parts: heat transfer from the LED chip to the package, and heat transfer from the package to the outside. When a high heat conductive material is used, the temperature difference inside the package becomes small, and the heat flow does not locally concentrate. The heat flow generated by the entire LED chip flows radially to each corner of the package, so that the high heat conductive material can be used to improve the interior. Thermal diffusivity.

The metal high heat dissipation substrate material can be divided into two types of hard and flexible substrates. Structurally, the rigid substrate belongs to the traditional metal material, the metal LED package substrate is made of aluminum and copper, and the insulating layer is partially filled with a highly thermally conductive inorganic filler, which has high thermal conductivity, processability, electromagnetic wave shielding, and thermal shock resistance. Metal properties such as sex, thickness is usually greater than 1mm, most of them are widely used in LED lighting modules, and lighting modules, etc., technically with the same high thermal conductivity of aluminum substrates, in the high heat dissipation requirements, quite capable of High power LED packaging material. 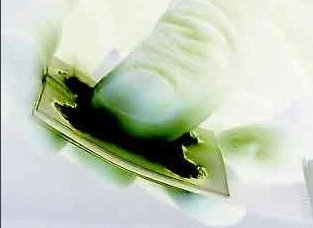 The emergence of flexible substrates, which were originally expected to be applied in the thinning requirements of automotive backlighting LCD backlight modules, and the high-power LEDs can be produced under the requirements of three-dimensional packaging. The substantially flexible substrate is made of aluminum and is utilized. Aluminum has high thermal conductivity and lightweight properties, and is made into a high-density package substrate. After being thinned through an aluminum substrate, it has flexible properties and can also have high heat transfer characteristics. However, the metal package substrate has the disadvantage that the metal has a large coefficient of thermal expansion. When soldered to a low thermal expansion coefficient ceramic wafer, it is easily subjected to thermal loop impact. Therefore, when using an aluminum nitride package, the metal package substrate may be inconsistent. Therefore, it is necessary to overcome the difference in thermal stress caused by various materials of different thermal expansion coefficients in the LED, and improve the reliability of the package substrate.

The high-heat-conducting flexure substrate is a metal foil adhered to the insulating layer. Although the basic structure is identical to that of the conventional flexural substrate, in the case of the insulating layer, the soft epoxy resin is used to fill the high thermal conductivity inorganic filler, so that it has 8W. /m?K's high thermal conductivity, combined with soft flexibility, high thermal conductivity and high reliability, in addition to flexible substrate can also be designed according to customer needs, single-sided single-layer board can be designed as a single-sided double-layer Double-sided double-layer structure. According to the experimental results, when the high heat conduction deflection substrate is used, the temperature of the LED is reduced by about 100 degrees Celsius, which represents a problem that the temperature of the LED is degraded, which can be greatly improved by changing the substrate design.

The high heat conduction flexure substrate can be used not only for high power LEDs, but also for other high power semiconductor components, and is suitable for environments with limited space or high density packaging. However, relying solely on the package substrate often fails to meet the actual needs, so the cooperation of the materials surrounding the substrate also becomes important.